Raising the achievement of All 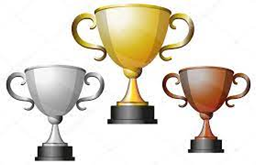 Icknield Excellence Awards are a way to keep year 6 students engaged in their learning during the Summer holidays which fall between Primary School and High School.

There are 4 levels of Award:-

Awarded to students who submit 5 curriculum challenges including Maths, English, Science and Art

Challenges can be completed by hand or on computer.

The work must be kept safe as it will be submitted to subject teachers between 12th-16th September.

The Awards Assembly will be held at the end of September.

Create an A4 poster on Fractions. It can be as creative and colourful as you like but MUST show everything you know about fractions.

Write a book review on one of the following books :-

Guidance on what to put in your review can be found here.

Research a scientist of your choice. Your challenge is to produce an A4 poster about the scientist, their discoveries and the impact of that discovery on the world.

You can use whatever materials you may have at home to create a drawing based on one the following ideas:-

Have a look at the information on BBC Bitesize Art and Design to help support you. https://www.bbc.co.uk/bitesize/subjects/z6hs34j

Complete three of the following tasks:-

Research a computer scientist of your choice. Your challenge is to produce an A4 poster about the scientist, their discoveries and the impact of that discovery on the world.

Research into the impact of plastics on our environment. Design a new product which reuses water bottles/plastic products to help save the environment. Please present your work on A4 paper.

Chose one of the topics listed below and create an A4 poster, picture or even 3D article/model that clearly explains (in detail) what it is. You might need to do some research!

Create a poster on health eating. The poster should include information and pictures of all of the following:-

Pick a country you do not know much about and create a poster with information on the human and physical features of the country. You could include information about:

Your task is to investigate which was the most important invention ever created by humans and create a model of that invention. Some examples include: the Wheel, Steam Trains, the Sewing Machine, the Pyramids, Cars, Aeroplane, Stonehenge, Mobile Phones, the Printing Press, etc. You should include with your model an explanation of how it works, why it was invented and why the invention was so important.

Produce a piece of non-fiction writing on a topic of your choice, for example space or science, a place or natural feature, famous people, sports players or teams, an animal or anything that interests you. You should include: a picture of your chosen topic, a did you know fact, a rhetorical question and data and statistics.

Try any or all of the following tasks :-

TASK 1:  Learn to play the song ‘Ode to Joy’ by Ludwig van Beethoven.  The music is provided with all the letters labelled for you.  You can play it on any instrument you have access to.  If you have a computer, smartphone or tablet you can download a free piano app, such as Virtuoso. There is also a YouTube recording to show you exactly which fingers to use for each note (using the right hand (RH) C = 1/thumb, D = 2, E = 3, F = 4, G = 5/pinky).  Try your best to play this accurately and on the beat.

TASK 2: Learn to play the left hands notes with your left hand thumb on C and fourth finger on F.

There are two ways you can submit your performance:

Complete one of the following tasks:-

Design a postcard which could inform other students on 5 Top Tips for improving their wellbeing. This could include images as well as your 5 suggestions and can be completed by hand or using IT.